What is Income for a Nonprofit? 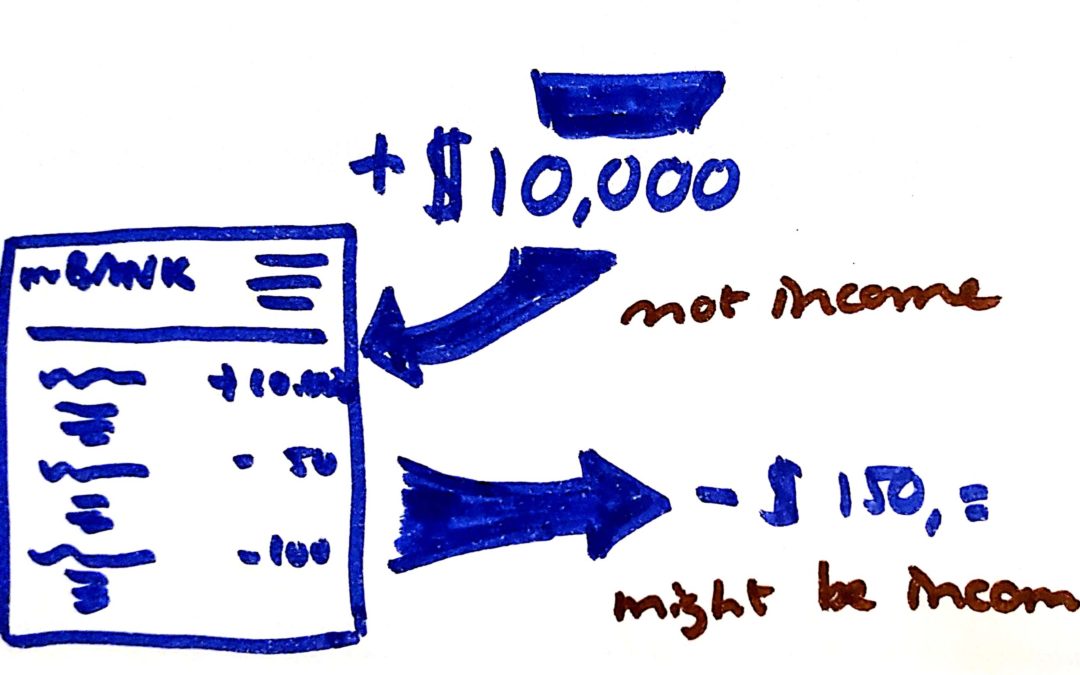 Many of the principles of love and attention for your nonprofit’s finance apply to your personal finance, too. For instance, making a personal budget and weekly spending plan for your household are remarkably like developing your project budget and making a liquidity plan for project implementation. Monitoring how this works out as well as planning for future financial challenges also follow similar principles both at home and for your nonprofit. There is one big and important difference, however, and that is in the meaning of money received on your account. In the answer to the question: What is income for a nonprofit?

If you receive your monthly salary in your personal bank account, that is your income for the month. You can spend this whatever way you like. OK, maybe not exactly, if you have a family to take care of, or if you have debts or if you have very expensive likes …. But you get my drift. This money is yours and under normal circumstances nobody will pay attention to how you spend every ten cents of it.

Money received by your nonprofit

If your nonprofit receives money from a donor in its bank account this is not income in the same way. Unless it is an unearmarked donation, it is likely part of a series of instalments for your approved project. This means that you should consider this money an advance payment from which you can cover project costs. You cannot spend this money any which you like, because it is earmarked for your approved project.

Money in the bank does not equal income

This money is not income for your organization. At least, not yet. Until you have spent the money on the project in accordance with the approved budget and in line with all donor conditions and requirements, this is not income. It becomes income as soon as you have incurred eligible expenses for the project within the project period. The equivalent of these expenses is what you will state as income in your annual accounts report.

Project income realized in a certain period (like a book year if we look at the annual accounts report) can be both more or less than what you received in the bank for that project in that period. Maybe you could not spend all the money received because of hiccups in the implementation. Or maybe the period for which the donor intended the money extends beyond the period you are looking at. That can happen for instance if you receive a new instalment for 6 months in December, and if your book year ends on 31 December.

In this case, you have money on your bank account that is not yet fully yours. Financially, you have a sort of debt to your donor. You can pay this debt off by implementing the project as agreed. (If this happens at the end of your project, you will have to return the remaining funds of course, as you do not have remaining project time.)

It is also possible that you spent more than your donor transferred to you. If you incurred eligible costs within the project period, this simply means that your donor has a debt to you. Perhaps you need to report to your donor quarterly. And maybe you have reported in January about your eligible project expenses in October-November-December. Your donor learns they owe you money when they check your financial progress report. Maybe they pay up in February and maybe they even send a bit extra as advance for the new quarter, from January to March. In your annual accounts this looks like a debt of your donor to you at 31 December. But by the time you present that in your annual accounts report, the debt has already been settled.

While your salary is pretty certain, under normal circumstances, money received from your donor can be less certain as income. Technically, you can be certain only after the donor has approved, in writing, your final report and has settled the financial balance in line with what you reported.

To be very precise, you can only be 100% certain after the passing of the period in which your donor can still request an auditor to check your books.

Most donor contracts stipulate a period in which you need to keep all project documents and need to provide access to these at any time. This may be up to ten years, depending on the donor. During this period the donor can contract an auditor and send them to you to check on the project finance. This sounds far out, but it does happen. And it can lead to the auditor concluding that some expenses were ineligible after all. Meaning that you may have to pay back money that you had considered income after all. To be sure, this does not happen a lot. But I have seen it happen and it ain’t nice.

The recipe for avoiding such surprises as much as possible is quite simple, really. Take care of the money from the moment you start budgeting for your project (yes, I mean that). Make a good plan for project implementation including financial implementation as soon as you receive that grant agreement. Monitor all checks and balances regularly from the moment the money lands in your account. See this money as on loan, instead of as income. Treat it like the precious treasure it is. Just like you would treat your own hard-earned savings.

This website uses cookies to improve your experience while you navigate through the website. Out of these cookies, the cookies that are categorized as necessary are stored on your browser as they are essential for the working of basic functionalities of the website. We also use third-party cookies that help us analyze and understand how you use this website. These cookies will be stored in your browser only with your consent. You also have the option to opt-out of these cookies. But opting out of some of these cookies may have an effect on your browsing experience.
Necessary Always Enabled
Necessary cookies are absolutely essential for the website to function properly. This category only includes cookies that ensures basic functionalities and security features of the website. These cookies do not store any personal information.
Non-necessary
Any cookies that may not be particularly necessary for the website to function and is used specifically to collect user personal data via analytics, ads, other embedded contents are termed as non-necessary cookies. It is mandatory to procure user consent prior to running these cookies on your website.
SAVE & ACCEPT