Who owns your projects? 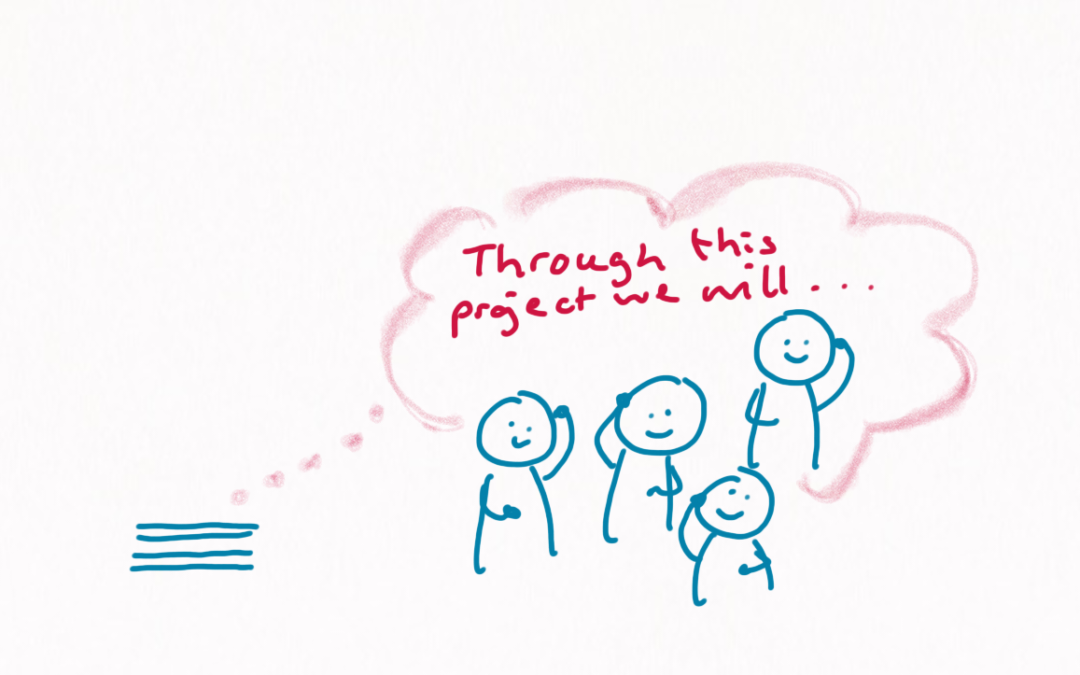 Looking at your work plan you will probably see some projects there. No matter whether your projects are paid by grant making donors, private individuals or your own resources. A project is a project: a set of actions towards a clear end goal starting and ending at specific, predefined dates. An important aspect that is often considered clear but equally often is not very clear at all is: who owns your projects. Let’s have a look at that simple question and at what it means.

When it comes to ownership of projects, the discussion focuses mostly donors versus nonprofits. Is the donor the owner or the nonprofit organization? And very often, the feeling is that donors should not think they own anything.

Donors are owners too!

And no, I don’t agree. Donors have dreams that they want to help come true by investing in your project. That makes them stakeholders in the project’s success, too. (In addition, of course, to being an investor with some rights as per (grant) agreement when it comes to accountability.)

So, who else then?

In addition to donors, the community you serve, the people who benefit from the project should have ownership, too. They have a very clear stake in the project’s success as well as in the way it is implemented.

What about my nonprofit? Are we not owners?

One of the biggest challenges inside your nonprofit organization is making sure that the project team feels ownership. Very often, management retains ownership of the project. Or the team feels that the people who prepared and designed the proposal are the owners.  Both of these assumptions are problematic as they stand in the way of effective implementation by the project team.

What does it matter who owns the project anyway?

Ownership matters because it relates to the feeling of responsibility and to having the mandate to act on that.

Let me say that again.

People who feel owners of a project feel fully responsible for the results and impact the project aims to create as well as for the process of implementation. These people will be fully motivated and will do anything they can to make the project a success because it is theirs. If the planned activities don’t lead to the desired impact, they will do anything at all to find other ways to create that desired impact. They will apply all their creativity and resources to get this done.

That is the first important element of ownership.

You can easily see how ownership motivates the project team. How ownership transforms the community from passive consumers into active creators. And how it changes donors into committed partners in a project instead of calculators.

The second element of ownership is that of mandate.

Nobody can fulfill responsibility without tools. Without mandate, resources, budgetary and decision-making powers responsibility has no meaning and no way forward.

So, if you want to make sure that your owners are doing the best they can with their responsibility, they need to be empowered to do so.

That means that your project team needs to be enabled to take decisions that are necessary for the project. It means that the target group will need to have a real say in what is (not) to be done and how (not). And it also means that your donor must be a bit more than just a bag of money that they hand over at the start of the project. As a partner they should be allowed to have a certain say in the process, too.

And yes, there are many sensitivities around mandating.

For instance, the project team should not have the power to take decisions that will ruin the organization.

The target group should not be enabled to veto all innovative interventions that can help them just because they may be suspicious of change.

And the donor should not be able to force new activities on the project team just to serve their own interests outside of the project. This is especially sensitive in projects that are implemented on delicate topics and in sensitive contexts, like work with human rights defenders and independent media.

Key part of a solution to all these scenarios is being clear on the responsibilities, the mandate and the boundaries and the reasons for these limits. And ensuring that everyone involved is on the same page with these issues.

If you want to discuss this more – jump into the Facebook group and get input from a wide range of peers and from myself!

Here is how you can join my free Facebook group

You can join my free Facebook group how to become a professional and resilient nonprofit with Suzanne Bakker here. This group is a safe space for open exchange and discussion on potentially sensitive topics like boards, nonprofit management, fundraising, etc.

This website uses cookies to improve your experience while you navigate through the website. Out of these cookies, the cookies that are categorized as necessary are stored on your browser as they are essential for the working of basic functionalities of the website. We also use third-party cookies that help us analyze and understand how you use this website. These cookies will be stored in your browser only with your consent. You also have the option to opt-out of these cookies. But opting out of some of these cookies may have an effect on your browsing experience.
Necessary Always Enabled
Necessary cookies are absolutely essential for the website to function properly. This category only includes cookies that ensures basic functionalities and security features of the website. These cookies do not store any personal information.
Non-necessary
Any cookies that may not be particularly necessary for the website to function and is used specifically to collect user personal data via analytics, ads, other embedded contents are termed as non-necessary cookies. It is mandatory to procure user consent prior to running these cookies on your website.
SAVE & ACCEPT